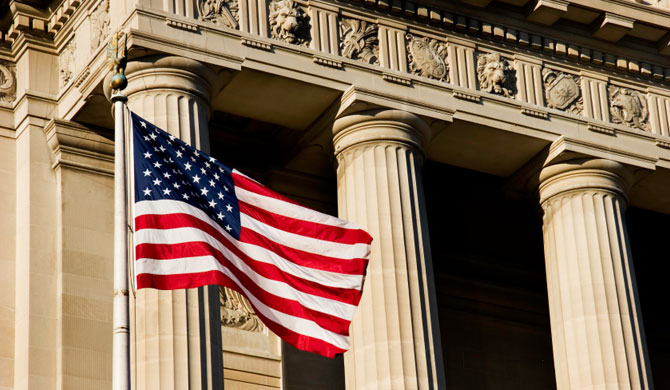 In case you haven’t noticed, things have been getting heated lately. The current election season has everyone up in arms, fighting for or against whichever candidate they feel most strongly about, oftentimes doing so more vocally than in any previous election I can think of.

There are vehement Facebook posts, snide comments, and of course, rhetoric on repeat.

My guess is, even though most of us should know better, you’ve seen this causing issues in the workplace. Because people just can’t seem to keep their opinions to themselves this year—not even in a professional setting.

The struggle is real.

Plenty of people are counting down the days until November 9th, hoping that once the election is over, things will get back to normal. But there’s reason to be concerned that may not be the case; to worry about how the abrasive nature of this election season may have corrupted your teams and their ability to work together.

The New York Times recently had an article about couples threatening divorce over differing political opinions—let’s not fool ourselves into thinking a similar corrosive effect could corrupt business relationships.

So what’s the solution?

Well, it used to be understood in society that certain things shouldn’t be discussed in polite circles, religion and politics being chief among those topics. Obviously, that line has been blurred in recent decades, at least in part because of social media, where people feel confident posting their views, often without as much tact as they would apply in real life situations.  And that line has been obliterated during this highly divisive political election.

So now you may be facing the problem of staving off brawls in the break room. And while things may not get automatically better come November 9th, finding a way to unite teams again has certainly got to be a priority.

First step, make sure your leadership team is on board with following those old-fashioned rules about religion and politics. These topics have no place coming up in interviews, conversations in the hallway, or public Facebook posts (which have a way of infiltrating the business setting). Talk to your leadership team about setting the example there.

Then, start focusing on some team building opportunities as the year is closing up. The goal needs to be uniting your employees and rebuilding morale for those who may be suffering from rage fatigue as a result of this election cycle. The good news is, the November/December season is perhaps the best time to do this, with holiday parties, end-of-year bonuses, and the chance to shower your top performers with recognition and praise.

You have the perfect opportunity to shift your employee’s mood to the positive right now.

It’s time to start focusing on the good, building your teams back up and reminding them of the business of doing business. For those who have trouble coming around to that objective, and instead insist on continuing to bring taboo topics into the workplace… disciplinary action may need to be considered.

But hopefully that can be avoided with some trust falls and donuts in the break room instead!

When Your Dream Candidate Swipes Left