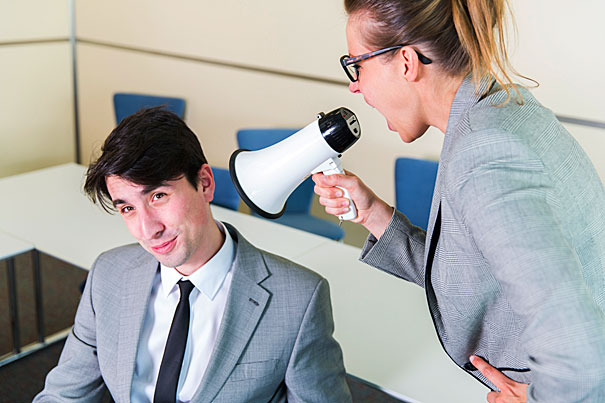 What do you think of when you hear the term “toxic worker”? Someone too lazy to do his or her job? A person who is known to have conflict with co-workers? Or an employee who refuses to follow authority?
Sure, all of those things could certainly lead to a toxic work environment, but a new Harvard Business School working paper explored in The Washington Post has found a new toxic worker to fear: The rule follower.
That’s right. According to the data collected from more than 50,000 employees at 11 companies, it is often the employee who seems most intent on adhering to the rules that you should be avoiding. These were the workers most likely to be fired for extreme behavior.
The reason is that these workers tend not to play well with others. Their rigidity when it comes to the rules puts them in a position of being overly confident about their own abilities, and likely overly critical about the work of their peers.
The irony? They also tend to be corrupt, often drastically eschewing the rules in practice that they boast to adhere to so stringently in conversation.
From a financial standpoint, avoiding these workers is key; doing so can actually save your company over $12,000 annually, compared to the over $5,000 saved by hiring a superstar employee instead.
But how do you best avoid them?
Open the Door for Employee Referrals
One of the best ways to avoid hiring a toxic worker is to go into that hiring with as much information as possible. Oftentimes, you may find that your current employees are the best resource of candidates who could be a good fit. Particularly the employees you already value as being the superstars they are. These employees have been networking with their peers for years. They know who is looking, and who is worth working with.
Offering an incentive for referrals that result in new hires lasting 90 days or longer could help your company to tap into that resource.
Ask the Right Questions
The survey found that when asked about rule following, the strongest employees were those willing to admit that sometimes, certain rules needed to be broken in order to do a good job. Those toxic employees, however, remained strict on their rule-following standards, regardless of the question at hand. Consider asking interviewees how they would address a task that comes with guidelines that could hinder final product quality. Their answers may tell you all you need to know.
Don’t Skimp on Reference Checks
It’s true that most companies won’t tell you much when it comes to reference checks anymore. Many shy away from sharing the gruesome details of a past employee’s work history, mainly for fear of being sued in the process. But you can often tell plenty just by following up on dates of employment and whether or not a former employee would be eligible for rehire. When those dates don’t match up with the ones reported to you by the applicant (or simply boast of a lot of job hopping over the last few years), and whenever you get a firm “no” on the second question—it’s always worth digging a bit deeper to determine if this is really the candidate you want to be hiring.